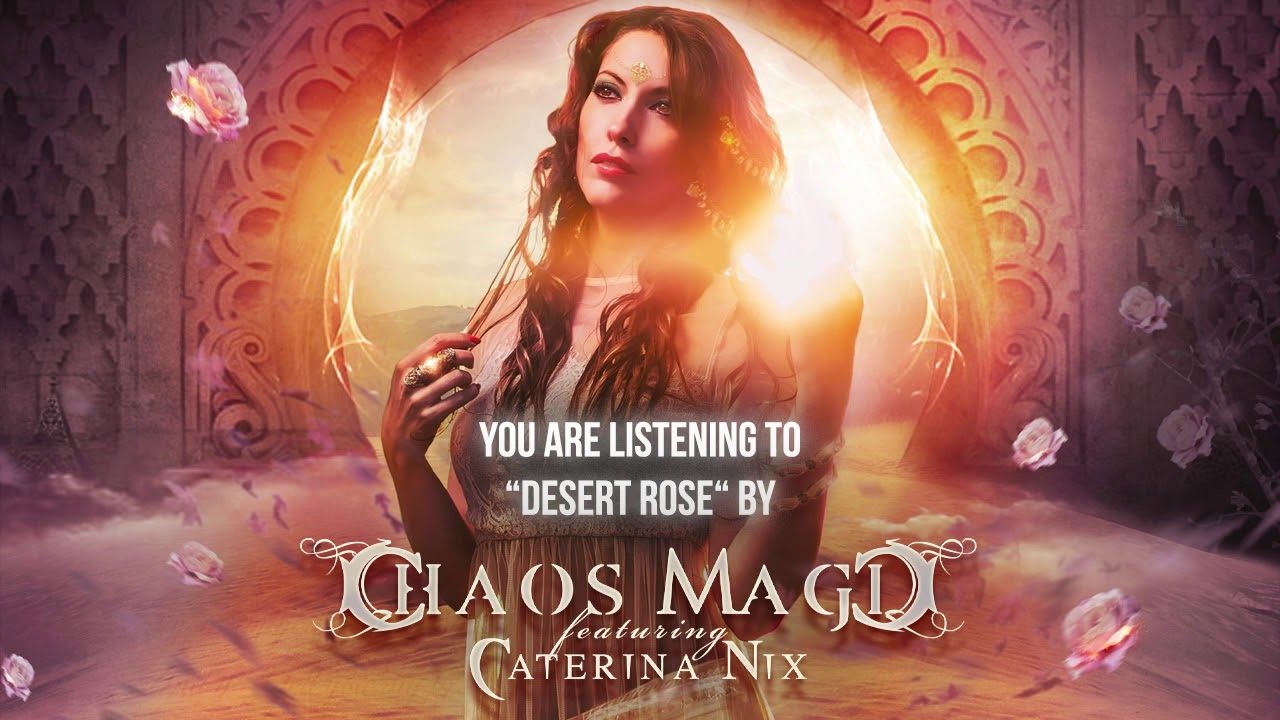 Following the excellent response that their last studio album garnered from press and fans, both artist and label wanted to present another side of the artistic abilities of Caterina. Thus, a few ideas for cover versions were discussed together with Caterina and Chaos Magic producer Nasson, and the result is this outstanding new EP, which is available now.

1. Desert Rose feat. Zaher Zorgati of Myrath and Mike Terrana (originally recorded by Sting)
I have always been mesmerized by this song, I love the vibe and the combination of styles. It was so well constructed by Sting and I have been thinking for years that a rock/metal version would sound so ideal. When I was asked to do this EP, it was my first choice. But it needed Zaher’s voice. For me, there was no one else! It wouldn’t have been complete without his beautiful performance. In addition, drummer extraordinaire Mike Terrana granted his talent and magic touch to this song, which turned out to be a dream come true for me!

2. Accident of Birth (originally recorded by Bruce Dickinson)
When I started listening to metal music, one of the singers I admired the most was Bruce Dickinson. I would sing along to Iron Maiden’s tunes and just try to learn and internalize his technique and interpretation. The record "Accident of Birth" also marks a particular stage in my life that I hold very dear. I wanted to take this song and just make it my own as a tribute to the years the record accompanied me.

3. Ashes to Ashes (originally recorded by Faith No More)
This song is so timeless and attractive, there’s a special enchantment about it that never dies. In addition, Mike Patton is another one of my favorite singers ever. The whole concept of Faith No More is eclectic, irreverent yet technically impeccable. We made a change of rhythm to the iconic riff, that made sense to me, to give it a personal modern twist. Hope I’m giving it justice.

4. Ordinary World (originally recorded by Duran Duran)
I´m sure many of us hold one or many of Duran Duran’s songs in a special place in our hearts...I know I do. We chose this song knowing it has been covered before, but we made a very special symphonic metal version, combining vulnerability and power.

CHAOS MAGIC is a melodic metal, mixed with symphonic touches, band masterminded by Chilean singer Caterina Nix. Their most recent release, "Furyborn" came out in June 2019 and is an awesome slice of melodic/symphonic metal. The band’s lineup is completed by producer Nasson on guitars, vocals, piano, keyboards, and bass, Mario Torres on guitar, and Carlos Hernandez on drums.