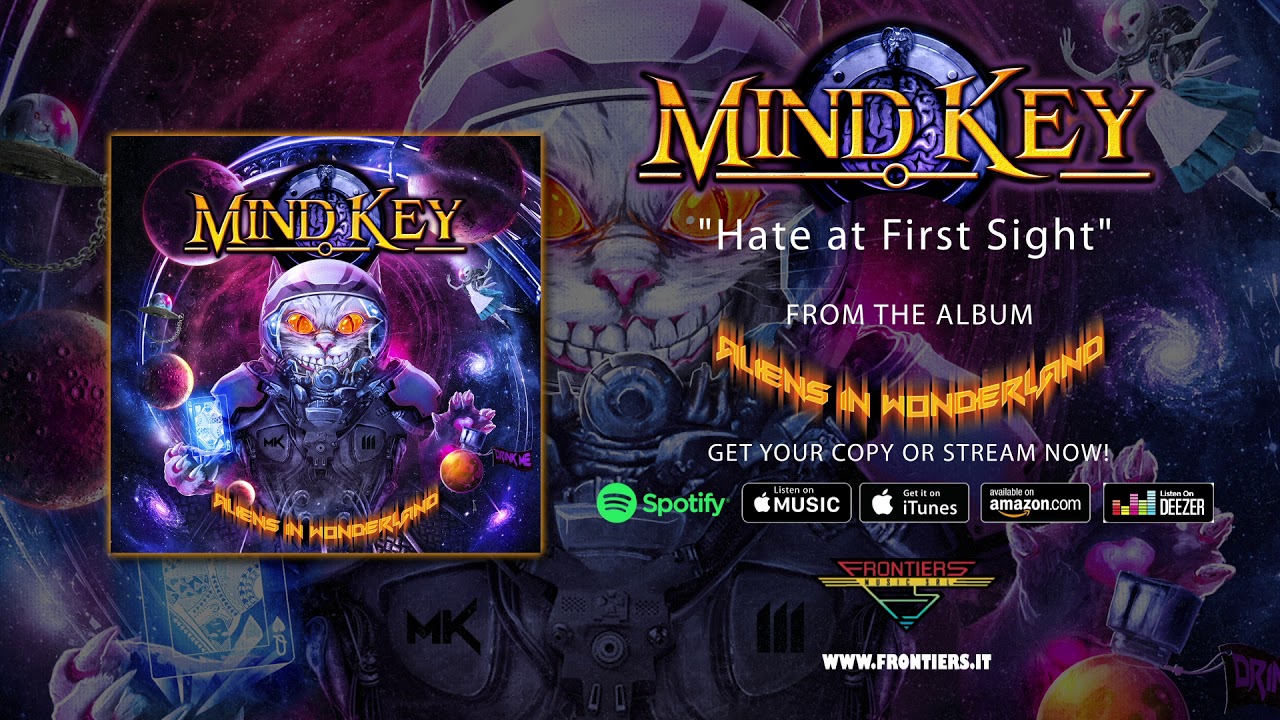 Subscribe here for more videos — http://radi.al/SubscribeFrontiers + From the album MKIII — ALIENS IN WONDERLAND. Get your copy NOW: http://radi.al/MKIII

"MKIII — Aliens in Wonderland" marks the return of one of the most gifted Italian progressive metal outfits to the scene after a nine year absence. Formed in Napoli in 1999 by Dario De Cicco (keyboards) and Emanuele Colella (guitars), the two wanted to create a band that melded the sound of bands like Dream Theater, Symphony X, Evergrey, and Pain of Salvation with a songwriting approach inspired by ’80/’90s hard rock style.

Mind Key released their debut album, “Journey Of A Rough Diamond” in July 2004 on the Frontiers label. The band played various gigs in support of the album’s release, including shows with Dream Theater, Vision Divine, and Pendragon, among others. They then began work on their second album, “Pulse for a Graveheart”. Released in 2009, the album saw the band refining their songwriting approach and introduced their new singer, Aurelio Fierro. Fierro was truly able to showcase his vocal potential on the album, which can be described as a powerful mix of Ronnie James Dio, David Coverdale, and Jorn Lande.

“Pulse for a Graveheart” grew the band’s fanbase along with touring for the album which included shows with Edguy, Vanden Plas, Europe, and Hammerfall. However, the band went on an unexpected hiatus afterwards. "On the one hand, you could say the delay was because we simply took the right time to write the songs and work harder on the arrangements and final product,” says Dario De Cicco “but on the other hand, we also had to face some lineup changes and with Emanuele and Lucio moving abroad for some time things became more complicated. I also had to face a severe illness in 2014, but I overcame the hurdle and I’m stronger than ever right now! Aurelio also spent some time with “The Voice” Italy TV show, which cause further delays. So, quite a lot of things happened, but our motivation and desire to accomplish this musical mission we began got the better of us and here we are!"

“MK III — Aliens in Wonderland” can be described as a further evolutionary step in Mind Key’s sound. "We all had a metal/hard rock/prog backgrounds, but we felt that our playing style was changing towards a more direct and concise approach,” says Lucio Grilli. "And our way to conceive the songs was influenced as well. In addition to that, we were also looking for something more suitable for Aurelio’s powerful voice, something closer to rock/metal to fully let his voice be heard. It’s more natural for us to talk about MK simply as a melodic metal band than a prog metal one."

Guitarist Emanuele Colella concludes, “the current line-up is the best one to achieve our goal to create the perfect mix of melodic rock, progressive metal, and classic hard rock. What made everything different and better was the alchemy, walking in the same exact direction. This, I really think, makes “MKIII — Aliens in Wonderland” truly special!”