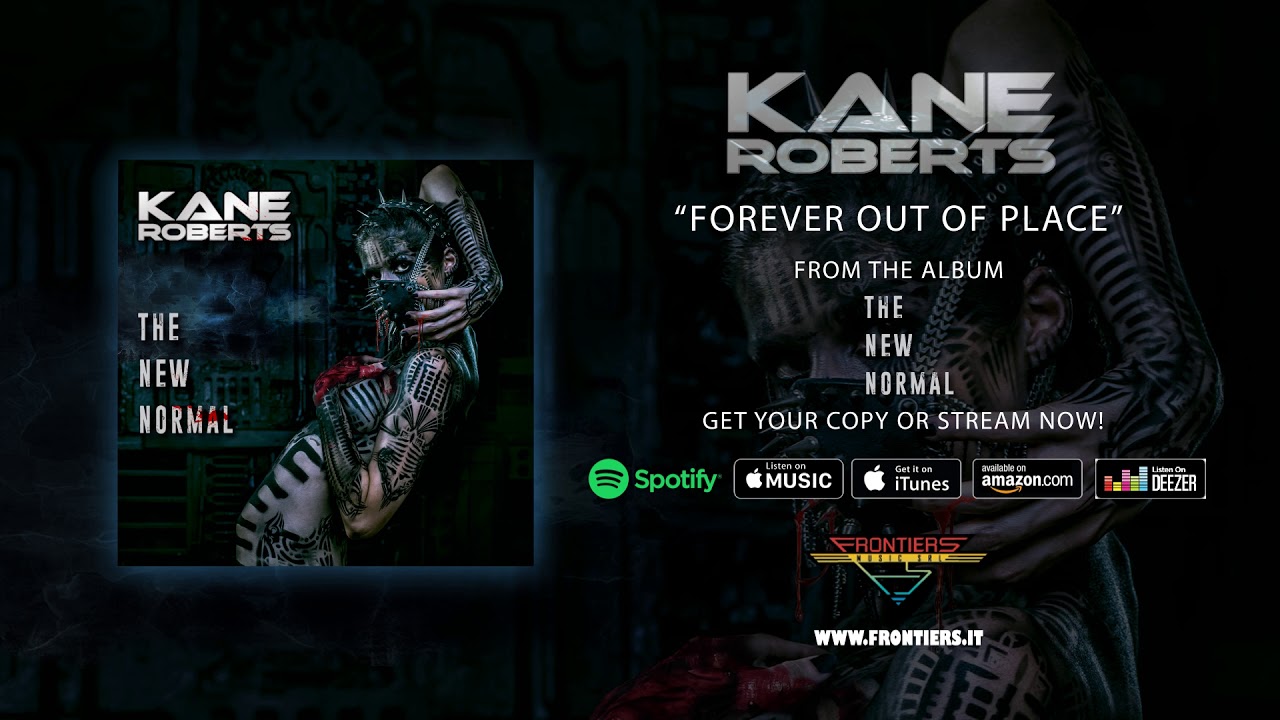 Kane Roberts is back with a new solo album, “The New Normal”, which will be released on January 25, 2019.

Kane has involved some really amazing friends in the making of “The New Normal, including Alice Cooper, Alissa White-Gluz of Arch Enemy, Nita Strauss, Babymetal drummer Aoyama Hideki, Kip Winger, Paul Taylor, and Ken Mary. Three years in the making, “The New Normal” melds the old and new in metal for a truly outstanding album. Kane comments on how the collaborations came to be:

“I noticed artists that were busting down doors and at the same time kickstarting new ways of thinking about life and creativity. I knew I wanted to try to work with some of them. Nita Strauss is a killer guitarist. She really tore it up on the song “King Of The World". Her work on it woke me the f*** up and forced me to explore new guitar techniques to compliment her insane skills!

Alice Cooper....no one individual has scorched the earth like my former boss. I started getting into recording "Beginning Of The End" and realized I needed Alice to sing a duet with me. Not just a line, not just an intro, but sing throughout the song. I took the shot that he might be available at some point to get involved and when I called, he said "I’m in Hollywood. I’ll be right over." Full on stroke of luck.

My approach to much of the album was cinematic in the hope that sounds and lyrics would create imagery and emotion beyond what I had done before. Keeping with that idea, I had Alissa White-Gluz (Arch Enemy) fall from the sky like some pissed off dark angel in the middle of the song with Alice and I and burn the place down. Her attitude and singing prowess is stunning and I was so jazzed when she agreed to participate.

I was obsessed with getting drum monster Aoyama Hideki from Baby Metal. After he heard the song, he immediately came on board and played with controlled fury like only he can....AMAZING!

I also was also able to work with Brent Smith (Shinedown) and Lzzy Hale (Halestorm) on songwriting and they were of course a blessing to the entire process.

Upon hearing a few of the early recordings, Michael Alago (the A&R guy that discovered Metallica and White Zombie, to name just a few) offered to executive produce the project for me and got a lot of things done for that otherwise would have been impossible for me to accomplish.

Last, but certainly not least, no one plays bass like Kip Winger or sings quite the way he can. Didn’t think twice about asking him to join up and he delivered, like always.”

“My music has evolved over the years, even though I was out of the spotlight. Stepping into this new project, there are new styles and sounds evident, but I haven’t made some false effort to distance myself from the past. People will notice a blend of influences from classic rock and metal to the hot bands that are emerging more recently,” says Roberts.

He continues, “Zeppelin to Volbeat to Arch Enemy…they’re all bringing crushing energy to rock/metal while creating truly awesome music. I was lucky to have found Frontiers because they allowed me three years to make this album and sort through my truest feelings and vocal/guitar skills to create something meaningful to me. There is a real concern for preserving the creative process at Frontiers and to my way of thinking there’s no better place for me right now”