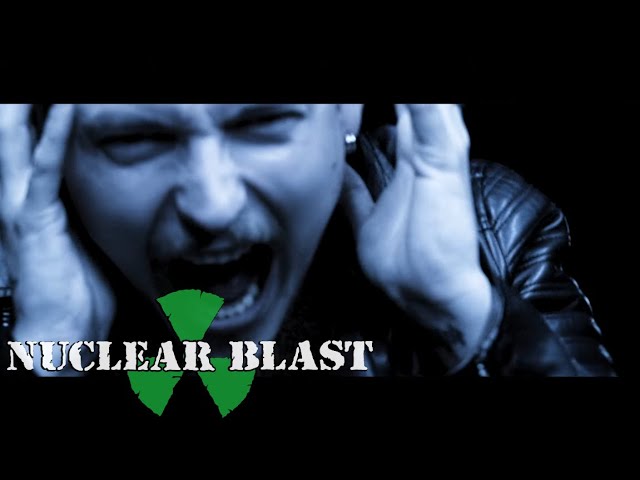 Official music video for ‘Dark’ by OCEANS. Debut Album “THE SUN AND THE COLD” will be out on January 10th 2020. Pre Order Now: https://nblast.de/OceansTheSunAndTheCold

The new OCEANS album ’The Sun And The Cold’ is out January 10th 2020 on Nuclear Blast!

cold claws grab the heart
I’m lost in the dark

All we know is just a drop. What we don’t know is an ocean.
Powerful as a tsunami and as eternal as the deep sea, OCEANS rose from the blackened heart of the void in 2018, embracing despair, wrath and darkness.

The sails are set. Modern Death Metal mixed with 90’s Nu-Metal elements and spherical Post-Rock lead the way onto a dismal journey into the abyss.
The lyrics, drenched in desperation and pain, constitute a bittersweet hollowness, though, never without eyeing the piece of land on the horizon before being dragged back down into darkness.

Behind the ambitious project are the already pertinently renown German musicians Timo Rotten (vocals & guitar), Patrick Zarske (guitar), Thomas Winkelmann (bass) and the Austrian J.F.Grill (drums). Professionality and lifeblood are vital parts of the quartet. After many concerts and tour cycles throughout Europe and North America with previous bands, the four musicians desire especially one thing: to regain the joy of playing music from the heart.

For three long years they worked on brand new song material and, in the summer of 2017, they resolved to form a new, yet nameless, band. In the subsequent December, the project obtained the name OCEANS.

In May 2018, after some months of preparatory time, the public gained knowledge of the musicians’ new passion project. The plan came to fruition and so, the #oceanstribe accumulated thousands of followers on their respective social media pages – even without their first release.

It wouldn’t be long until the release of their first single ‘SCARS’. On July 27th the song hit every digital download and streaming platforms together with a sinister music video. It was followed by the singles and spectacular videos for “ICARUS” and “THE SOUND OF YOUR VOICE” shortly after, which gained the band a huge success in the independent metal community.

Then the most unbelievable thing happens: without ever having played a single live show OCEANS sign a deal and release their first EP “Into the Void” via NUCLEAR BLAST on March 8th 2019.

In August 2019 the band follows up with the EP “Cover Me In Darkness” consisting of covers of songs by the like of Alessia Cara, Deftones, Radiohead and Alice In Chains. The band also announces huge tours throughout Europe together with Cellar Darling in Fall 2019 and Equilibrium in Spring 2020.

The full length debut album “The Sun and the Cold” is set to be released on January 10th 2020 via Nuclear Blast in a special Limited Edition double CD together with the first two Eps “Into The Void” and “Cover Me In Darkness”. OCEANS impressively continue to refine their mix of aggressive death metal with post rock on this first full length release marking the start of a promising career to come.

The Rolling Stones — Living In A Ghost Tow...

MELLO AFTER DARK (LIVE FROM THE QUARANTINE ROOM)