Brian May — How to play Dead On Time on guitar - SОNGSTER.RU
Songster

Brian May — How to play Dead On Time on guitar 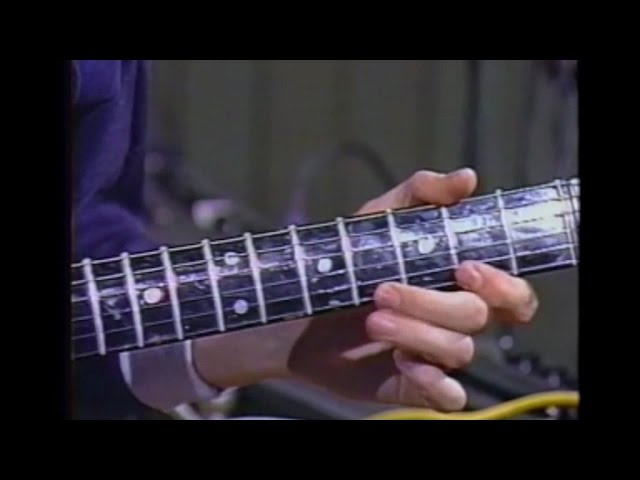 In this video, Brian discusses his equipment and techniques, and demonstrates a number of his guitar solos. He covers both famous and lesser known Queen songs, including Brighton Rock, Tie Your Mother Down, Somebody To Love, It’s Late, Dead On Time, Put Out The Fire, It’s A Hard Life, Keep Yourself Alive, Jesus, Father To Son and Crazy Little Thing Called Love.

The programme was produced and directed by Mark Freed and Robert Decker, and recorded at Sarm West, London, England. The video was originally released in 1983 and later reissued in 1993/4.

Mark initially came to me with an idea for making audio cassettes of guitarists explaining their techniques. It seemed a good one and we arranged to meet and make it happen. But I said ... if we’re going to the trouble of recording this stuff, why not film it as well, and make it into a Video Cassette ?! So we made a ‘pilot’ video, and people liked it, and this became the template for a whole collection of videos which, I think, stand up very well to this day.

Maybe we should do an update ?!

My other playlists:
Watch all BRIAN TALKS Episodes: http://bitly.com/briantalks
The Stereoscopic section : http://bit.ly/bm-stereoscopy

About my new YouTube channel:
The official BRIAN MAY CHANNEL is designed to carry anything on film or video that relates to me [Brian May] outside Queen — to replace all the bits and pieces of music video that are currently around out there with new highest quality versions, and fill in the gaps; and to cover under one umbrella the other areas that I operate in … Stereoscopy, Astronomy, and my animal welfare work through my charity the Save Me Trust. Each of these areas will have their own playlist on the Brian May channel. But the intended pivot of it all is the entirely new part that we’re calling Brian Talks. This section will carry current ‘to the camera’ comments, updates and communications, and I’m hoping it will be a proper ‘voice’ for me, an outlet, as well as a way of glueing together the rest of the channel.

KOBRA AND THE LOTUS — Losing My Humanity (...

March Of The Black Queen — Brian May Starl...