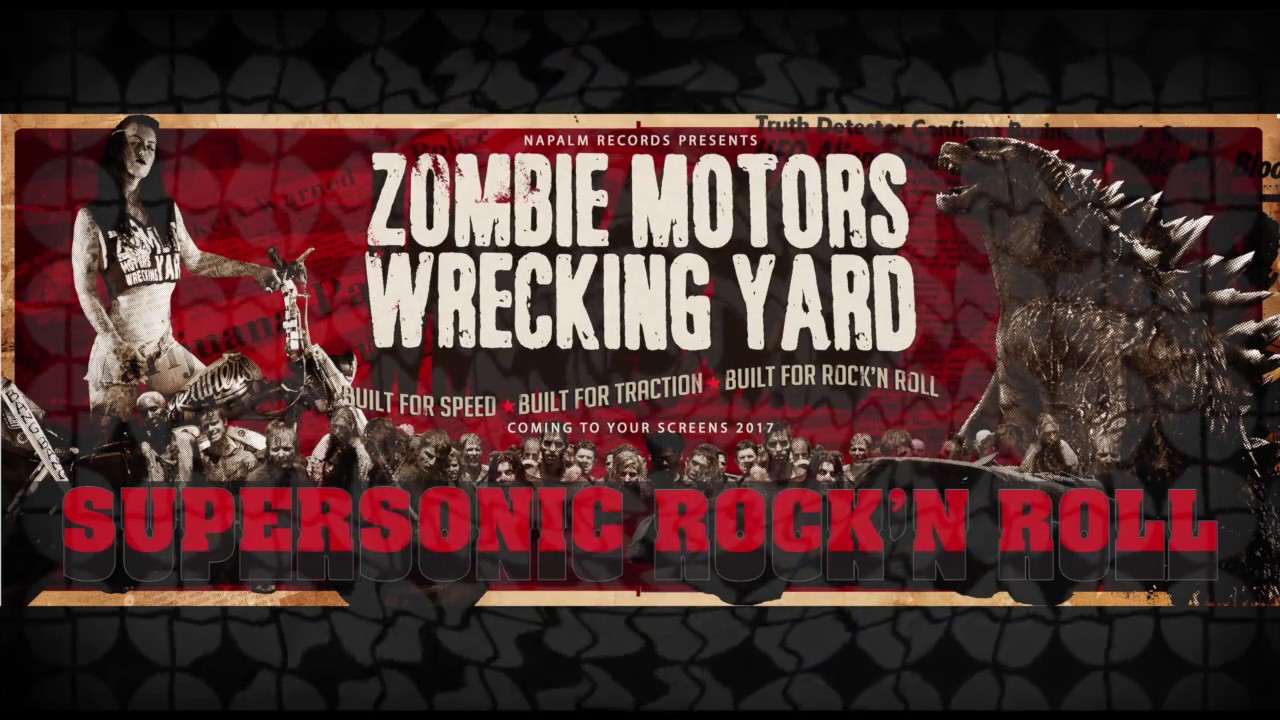 Freshly signed to Napalm Records ZOMBIE MOTORS WRECKING YARD are ready to rock the world with their debut album Supersonic Rock’N Roll. As the release date is coming closer, the first details including artwork, track listing and first album teaser have been revealed!

“Its done and dusted, fuel up the bus and stock the fucking fridge with beer I’m ready to tour”, Ran from Aussie stoner rock blues band Zombie Motors Wrecking Yard is chomping at the bit, along with the whole Zombie crew, ”I just think this album spits and lurches with Aussie rock, and Europe and USA are going to fucking love it.” A year in the making, countless hydroponic crops and slabs of booze, a few naked breasts and a fight or two and “Super Sonic Rock n Roll” is ready to unleash.
“Its not just one speed, its not just stoner rock or dirty blues, its what we like, and what we write at the time, fuck, the next album could be saxophone ballads for all we know, Kenny fucking G!” While highly doubtful any of this lot can play a wind instrument, the unpredicatble is the only thing you can count on. “Stick us on a stage and we will win em over, through abuse and love, its one and the same, i fucking love you, i fucking hate you…now give me a hug.”
Right up to a month before completion the Zombie crew were writing new tracks to add to the album, the first two tracks fresh out of Marc n Dazz’s vault of riffs, and along with Producer Gavin Parker the mixing and recording didn’t stop until the day before the masters were sent off to Napalm Records. “Man we nearly punched on countless times getting this out of our heads, we didn’t speak for 3 weeks once we finished, just so we didn’t kill each other.” “But now, we are back into it, and cannot wait to get stuck into some video clips, and get on tour both here in Australia and Europe and America!”

Spread the word and join ZOMBIE MOTORS WRECKING YARD on your chopper straight into the sunset.