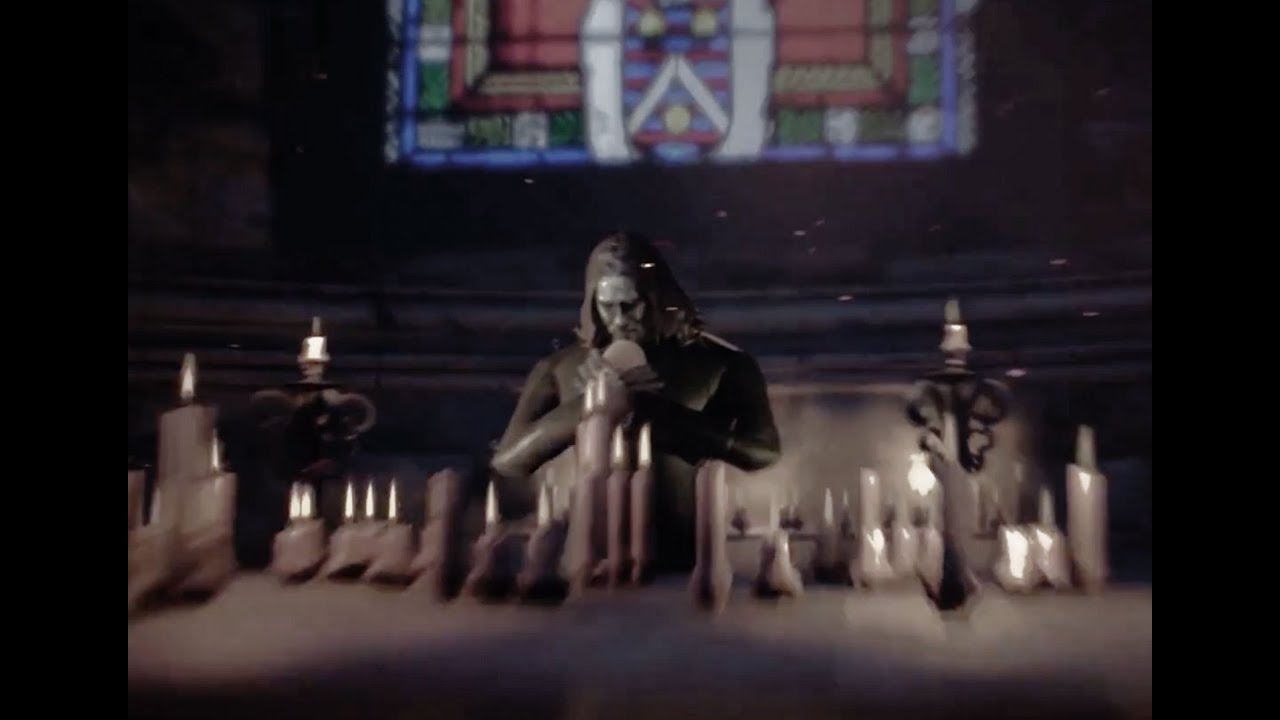 After spilling gallons of blood and fighting tirelessly, after only two albums with Napalm Powerwolf shot straight to the pole position of the official German album charts (and another album made it into the top three!). After selling out venue after venue and thrilling bigger and bigger hordes of fans, the time is right for a new chapter: The Sacrament Of Sin which offers a dozen metal psalms forged for all eternity!

Powerwolf entered Fascination Street Studios in Örebrö, Sweden starting in January 2018 to work on their seventh manifesto together with renowned producer Jens Bogren (Opeth, Arch Enemy, Amon Amarth). The result is brimming with the Germans` trademark sound, and yet the band have recorded their boldest and most adventurous album to date! ‘Where the wild wolves have gone‘ even marks the first ballad in Powerwolf history – whereas ‘Nightside of Siberia‘ does the exact opposite and turns out to be one of the heaviest tunes the fivepiece have ever written. ‘Incense And Iron‘ simply MUST be part of every future setlist with its folky nature and anthemic catchiness; and epic single ‘Fire & Forgive‘ brilliantly melts infectious melodies into timeless, heavy shredding.

The Sacrament Of Sin overwhelms both with sophisticated songwriting and sheer aggression – and proves once more why Powerwolf are the one and only true high priests of heavy metal!!!

Commit the sacrament of sin

Wait, what do the kids say these days? "Mood"?

WTF.
Invest 05 декабря 2018 года в 17:18
Actually the more I watch it the more I like it
Darkness official 23 октября 2018 года в 17:47
it's puppets...It's not even animated it's puppetplay with a touch of animation (kinda like a Tim Burton Movie)
Darkness official 23 октября 2018 года в 17:51 138
for all those hating the Music video because "shitty animations"...this is a puppet video which is filmed sort of like several Tim Burton Movies (corpse bride, Frankenweenie, Nightmare before christmas) and was thus one hell of a thing to film and produce, yes they are several CGI effects still used to make it seem darker in general but personally I love this Video and the song...also we are getting a backstory to the cover Artwork. Cmon guys don't bitch so much...
Chris Grillo 14 декабря 2018 года в 18:25
I didn't mind it at all, but now that you are saying it, this is so bad... poor CGI, something from the 1990 Pentium II computers era.
DestructoForce 05 ноября 2018 года в 02:17
You can't EVER make anything that EVERYONE will like. There is no such thing as factual quality. Yet people seem to have this whole "this sucks cause I don't like it" kind of view. Tell me, what is "good" to you?
super hot 05 ноября 2018 года в 00:13
+DestructoForce it doesn't need to look realistic it just needs to look good
Boaty McBoatface 30 октября 2018 года в 20:06
its okay to like something and still poke fun at it. That's the whole point of roasting
DestructoForce 30 октября 2018 года в 08:38
Do you expect puppets to look super realistic? What kind of tools would you need to make a realistic puppet?
Drakonyan Azkar 26 октября 2018 года в 02:49 72
I see people didn't get that this is a homage to classic games. Like, really, guys? You don't think the Powerwolf dudes play games just like us mortals? The graphics are "bad" and "outdated" on purpose. And it was very well done.
Lorenzo Sheogorath 14 января 2019 года в 11:37
+Naþan Ø unless You are the italian RAI
Random citizen 11 декабря 2018 года в 22:37
Very well done in fact lol
Naþan Ø 11 декабря 2018 года в 00:25
Some of the viewers might be so young that they can't even _remember_ when this is the norm.

Разочарование. Начало только хорошее, но остальное плохо. Выглядит как хреновая шутка, типа "эй, смотрите, какую фигню сделали, лол". Даже видео с текстом и артами, как в Incense & Iron было бы лучше этого. У них все клипы охеренные были, но это ужасно просто.
Но песня и альбом все равно отличные.
DestructoForce 30 октября 2018 года в 09:23
@Crusader Reynauld
So, what you're saying is no one gives a fuck about how much you work on something, but rather the final judgement of it from people who expect their own definition of eye candy?
"Man, I spent years on making this thing!"
"Consider all of those years wasted because I don't like it."

@Jonny2myren
Guess you didn't even care to at least watch the ending, then? Look at the ending, and then look at the album art. Notice something?

This right here is the true disappointment. Tim Burton doesn't define a literal god. There is no static method to doing puppets. Would it make you feel better if they got Tim Burton to do this one fucking music video? Do you expect brighter lighting in a church where barely any lights are on and it's dark outside? Do you even care to look at the video from an understandable point of view rather than the most minimal way possible? Reasons like this is why things go to absolute shit.
Loki Cthulhu 24 октября 2018 года в 09:38
+AD AM even as a puppet video it's bad. Tim Burton's "Corpse Bride" (2005) have higher detail level, better lighting (at least not worse) and better animations. Of course they move not like humans, they move exactly like dolls. Their movements aren't rough. And how they looks is better too. Like dolls. No details which dolls usually don't have. But with ones which makes them different to humans: big eyes, too long (or too short) hands and legs, small bodies with big heads etc.
And whats here, in 2018? A try too make human-like model - natural skin tone (and texture in general), face features, natural propotrions and a try to make realistic movements (only try). Not a high quality doll's movements but a rought try to do human-like ones and impression of bad wooden model instead.
And if they all are only puppets (even band members, they're a bit better but still bad) - why the wolf, who is puppet master, looks as bad as them?