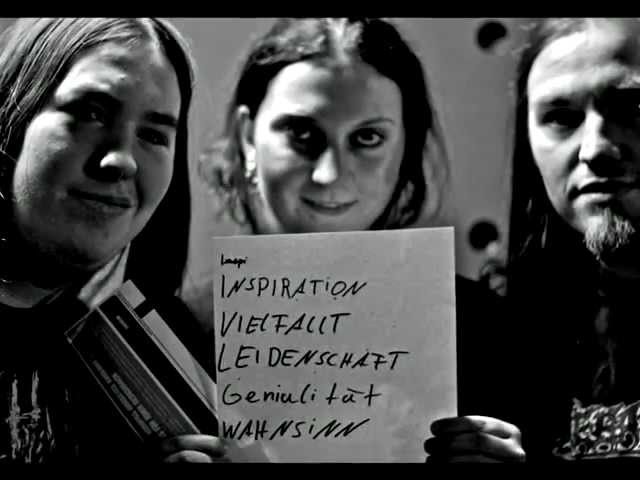 During the intro and outro of "Who We Are" on the recently finished Eighth Plague tour, Machine Head displayed fan testimonials on their projection screens that had been captured at that nights’ show. The shots featured die hard fans that had stood in line for up to 10 hours before the doors opened, who, for their their dedication and passion, had their faces and messages shown on the three on-stage screens. They became known as The Faces of The Eighth Plague. Machine Head plans to continue doing this on their upcoming U.S. run, so be on the lookout!

If anything, the fact that they made me want to learn to play also helped introduce me to another concept: music is music, and it doesn't matter if someone else said it's "sold out" or "mainstream" or whatever else.

MH fan says: MH made me who I am.
Slayer fan says: SLAAAAAYEEEEEERRRRRRR!!!!

Horns Up!
Ryan Huebner 24 декабря 2011 года в 19:57 0
I remember the first time listening to "The Burning Red"... I've never been the same since then
iiragingbiscuit 24 декабря 2011 года в 15:33 0
Mahine Head IS metal, metal IS my life. Some fanny cant spell machine :L
lujaq 23 декабря 2011 года в 08:32 0
I'm glad they like MH, but someone should have really told these people that you don't have to sit out in the cold for 10 hours, you can just chill out in the pub drinking beer, skipping the crappy opening bands and saving your energy for Machine Head. Guess I was too busy moshing and watching the band to notice this video, lol.

I was at the Glasgow gig and the guy at 2:33 and 2:35 were there. This was probably the most gut renching songs i've seen live.

Robby East — Deep In Your Love (Official A...