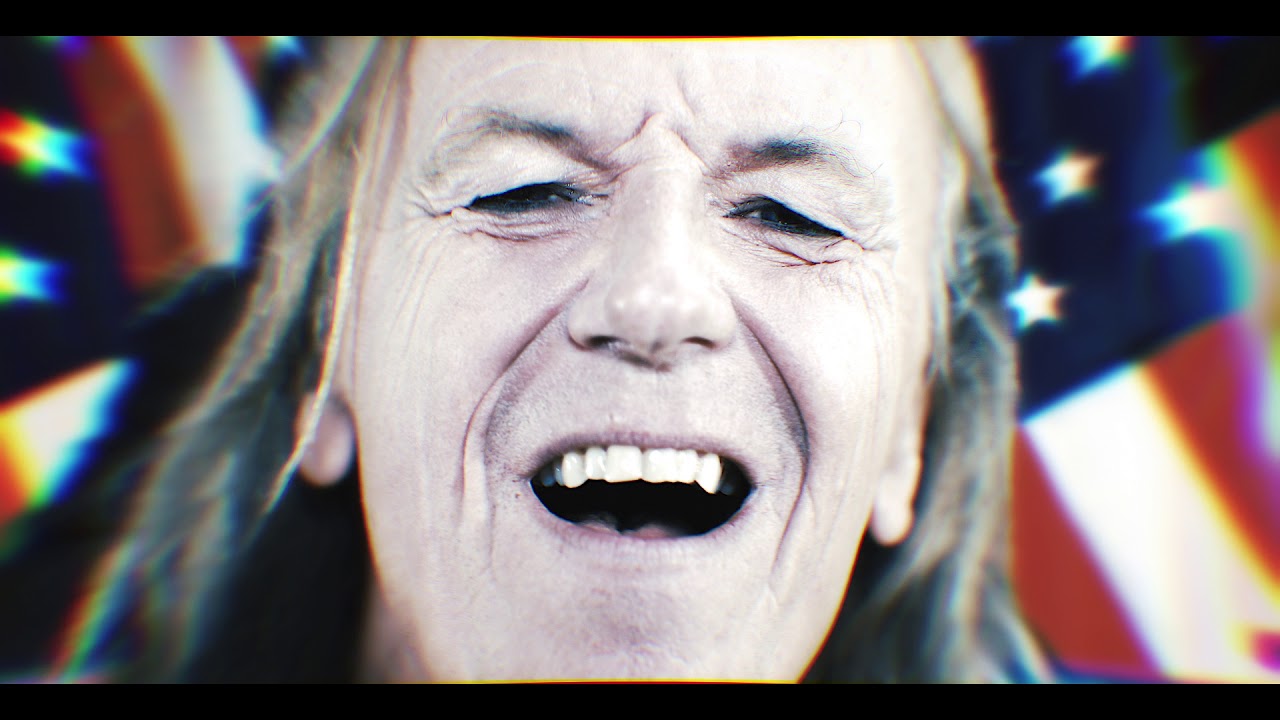 NORDIC UNION is the successful collaboration, built by Frontiers President Serafino Perugino, between singer Ronnie Atkins of the legendary Danish hard rock institution PRETTY MAIDS and the up-and-coming Swedish songwriter and producer Erik Martensson of ECLIPSE and W.E.T. fame. The partnership between the two Scandinavians came about sometime in 2015 when Atkins was sent a bunch of demos put together for him by Martensson. The enthusiastic reaction from Atkins sparked a brand new musical alliance that culminated in Nordic Union’s self-titled debut album, which was released in January 2016.

Ronnie Atkins says, "I feel great about this new album! Whereas the first album was a bit of a “pilot project“, since we didn’t really know each other that well, this time it was more of a collaboration since we talked a lot about the direction of the individual songs, as well as me being more involved in the songwriting, though mainly lyrically. The first album turned out quite well and I still think it’s a great debut, to be honest. But from when we decided to do a second one, we kind of agreed to not just copy the first album, but without stepping too far away from the original formula and I think we succeeded in that. “Second Coming“ is a bit more mature, so to speak. A bit deeper, melancholic if I may say so, but still with great melodies and hooks! More unified, really and I’m pretty convinced that those who liked the first one will dig this one too."

Says Martensson, "[w]ith this album we took the bits and pieces that what we liked on our debut album and used those as a starting point when we started to write. What we aimed for was to create our own sound and identity and I think we achieved that goal. There are Nordic folk music influences, a bit of melancholy, and absolutely packed with melodies. I love how it turned out. Also, Ronnie Atkins is a fantastic singer and it’s truly an honor to have the opportunity to work with him."

Heavy riffs, soaring vocals, thumping beats, and a grand ballad… this album has it all and flows perfectly with songs that are memorable, rocking, and of course, melodic. Prepare to delight your ears with a killer new album from the sensational Nordic musical alliance known as Nordic Union!

Artist / Band News by Michael Nagy 02 ноября 2018 года в 03:45 3
Wow this is incredible and going on repeat! :-)
Michael Stylez Sinful Salon 20 ноября 2018 года в 22:15 5
I WAS, a huge fan playing your music in my hair salons everyday for the last three year since I discovered you. I thought you were open minded and possibly even awake but this song proves you are NOT!

I have turned on hundreds of American citizens to your music, and hundreds if Trump supporters. I have played your songs in my shops thousands of times and never thought you stop so low as to slash at me and my values..

You drug addled morons to have the nerve to call MY President a bully when it's the GOD DAMN violent left and the radical Marxist progressive media who have relentlessly LIED! SPUN AND OMITRED THE TRUTH.

HOW DARE you to call him a bully when all he has dine is defend us against the traits in our nation and the globalist who have been trying to bring us down. We have been abused for the last 30 years by the progressive hate and race baiting evil left. You peaces of shit NEVER said anything about the criminal Barack Obama or Hillary Clinton when they were bullying good honest hard working Patriots for the last decade. We are sic of the lying world and the manipulations of the truth. DONALD TRUMP is a Chrstisn, a warrior, a patriot an honorable and decent man. But you wouldnt know that living in countries that criminalize any news they do not want shared.

So fuck ignorant uninformed gutless weak kneed European asses. When your nations finay begain to fall to Isman and the globalist who have sold you out, we will not stand with you.... should your fucking music up your brain dead asses..

MD 72 03 января 2019 года в 13:07
Jim Bean Australia but will fly to San Francisco on Sunday.
MD 72 03 января 2019 года в 13:06
gusone gusone fair point. TBH I lived in London (Ealing) for a year and loved it and the people.
gusone gusone 29 декабря 2018 года в 18:20
How far do you want to go back Captain History? The vikings (thee of Scandinavia) did a great job raping and pillaging Great Britain. We could also talk about WWII and the Danish capitulation (Pretty Maids) and Sweden's cowardly neutrality...
MD 72 29 декабря 2018 года в 09:13
gusone gusone not to mention all the rape and pillaging over hundreds of years. The cowardly British army Generals sent thousands of Australian and New Zealand soldiers off to die in an un-winnable invasion of Turkey back in WW1. However feel free to bend over and let your arse be fucked over by your current government as your economies get flushed down the toilet by their brain dead decisions. A global economy means trade wars just bite you back on the arse.
gusone gusone 28 декабря 2018 года в 18:22
Idiot. The video disrespects and burns the Union Jack which was my complaint. That is a red line given all our great soldiers risking their lives protecting my country. Google the Union Jack you idiot.
Drago Destruction 03 ноября 2018 года в 22:09 20
Well I normally dont do comments but ill be the one to point out the elephant in the room. While I love the song musically the lyrics is unnecessary. We are in a day and age where politics is too sensitive a subject and shouldnt be in music. You divide your fanbase, hurt record sales, and possibly hurt your primary bands by making biased political messages. Look the fact is whether your for Trump or against doesnt matter, music should bring us together as one group not separate us. I dig Nordic Union greatly but maybe dont pick sides guys, stay in the middle so it doesnt hurt your careers. Im not attacking, im simply respectfully saying dont make dangerous risks, the worlds changed. Cant wait to hear rest of Album guys, best wishes :)
Renato Cunha Martins 26 декабря 2018 года в 21:39
Music has been doing that for ages, why not now? Just because you like the band but you dont agree with what they say? Relax bro, its better to have someone against you than no one.
MD 72 12 декабря 2018 года в 15:37
Gameking40 well said and much respect.
Gameking40 03 декабря 2018 года в 02:38
Speaking as an American who actually voted for Trump, this line of thinking needs to fuck off and die. I'm as far away from agreeing with this song's message as you can get, but I respect the band's willingness to express such a message, especially in such politically divided times. I respect them for the same reason I'd respect a Republican or a Nationalist expressing their views in a song, because they have a right to do so, and demanding that they shut up will only drive them further into bitterness and political zealotry than they already are.

I can not stress this enough, demanding that people shut up about their personal beliefs, is the number one reason why modern day politics is such a shit show. It isn't Trump, it isn't Sanders, it isn't Salvini, it isn't whatever firebrand gutterfuck that's blowing up your country's political landscape, it's asshats who demand that taboo or controversial opinions be scrubbed from public debate, or worse censored out entirely.

I may disagree with what bands like Ministry, or Anti-Flag, or KMFDM, or Nordic Union have to say, but as long as the music itself is good then that should not matter. Music doesn't bring us together by ignoring what makes us different, it brings us together by showing what makes us different is not as different as we'd all like to believe. It exposes us to different people, with different mindsets, and different beliefs. I'd say I have benefited from listening to the various bands I listed off above, in that they've given me a better understanding of the beliefs expressed there in, beliefs I would not have been exposed to had I not been taken in by the kick ass music. These bands got to me listen to ideas I would normally despise, and bang my head in tune to them. That is the power of music right there.

So bring on more of these politically charged music, let the artists express what they believe, both the Conservative and the Liberal. The only rule in my book is never stop making killer tracks. Long live rock n' roll! \m/

And btw.... not talking about politics in this era of time, is what's called ignorance (whether you're Trump fan or not). Music is an art, and art has throughout time always had an element of discussion, also in the political world.