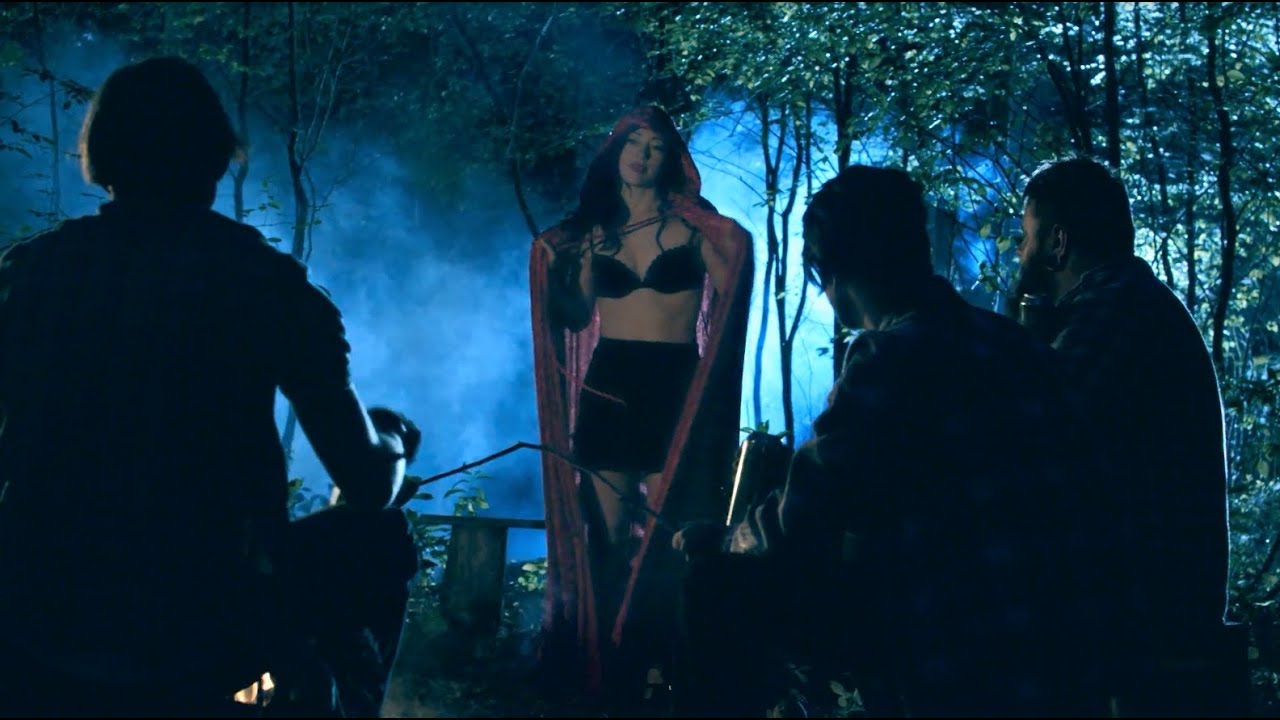 On their 2011 album "Wolfskult" the Bavarian wolf brigade known as VARG set right the rumors Brothers Grimm maliciously spread regarding Little Red Riding Hood. Contrary to the fairy tales, it was actually the wolf who was innocent, seduced by the petite wolf in sheep’s clothing, Little Red Riding Hood, and even pawned off the murder of her grandmother on him, like some poor sacrificial lamb. Its no wonder that in this explosive literary history and anthemic musical piece quickly became one of the band’s crowd favorites, compelling them to lift their “Rotkäppchen” onto a podium and pay it the attention it has so long deserved.

The same could be said of their new EP, which should not be overlooked as only a segue to the upcoming full length album “Das Ende aller Lügen”. “Rotkäppchen” is rather a gem on its own. It is a magical interlude, which has some treasures hidden between his precious DIN A5-pages: between the classic version from 2011 and an instrumental karaoke-version you’ll find a version both in English (feat Christopher Bows of ALESTORM) and Norwegian (feat TROLLFEST), as well as a recent re-recording that, like on the original, features Anna Murphy of ELUVEITIE. The EP includes two brand-new songs “Ein Tag Wie Heute” (featuring Dom R. Crey of EQUILIBRIUM) and “Abendrot”, which won’t be found on “Das Ende aller Lügen”.

A red hood
And nothing good in mind
It really was like that
And not as in the Grimm Fairy Tales!

It really wasn't so easy to tell
This story of a scapegoat
That just had to go!

Good wolf,
follow me
come with me
I'll show you
A house of joy
And fulfillment

Good wolf,
come along and don't be shy
I'll show you the way
Good wolf,
Do you trust me?
I was never once bad to you.

Oh, the poor wolf
Didn't know
What was blooming

It wasn't very long
and they came to a little cottage

Little Red Riding Hood cuts
Her grandmother in pieces
Blood splashes in her eyes
She eats the corpse
Red was her color
Her eyes sparkle
Blood!!!

Good wolf,
Here is your meat
Grandmother is surely still in the forest
I'll go fetch her
Just eat everything up
And wait here for me

I'm so small
My heart is pure
It was the wolf!
The big bad wolf!

Oh, the poor wolf!
He didn't know
what awaited him
It didnt take long
and they arrive at the hous

Red riding hood
cuts
the grandmother
into pieces
blood sparkles
in her eyes
She eats the corpse
Red is her color
her eyes are sparkling
Blooood!

I am so tiny
my heart is clear
At was the wolf!
The bad wolf!