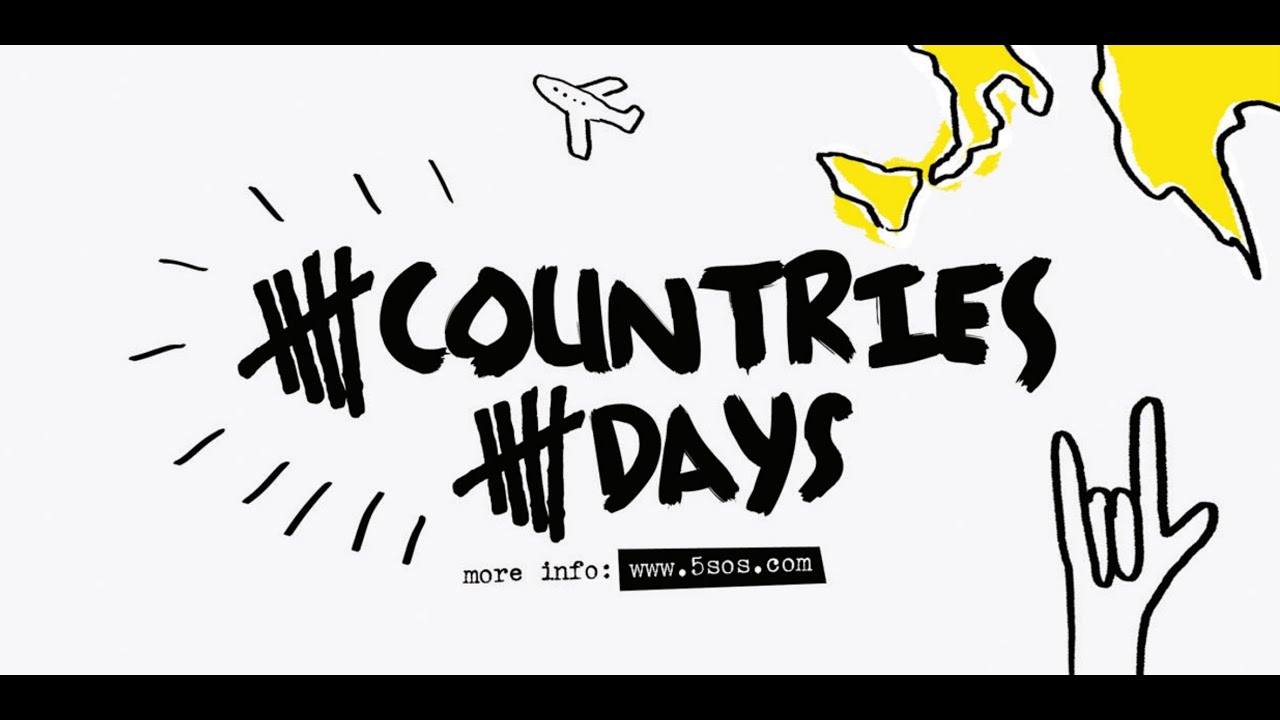 And he saying: Sweden jaa?
He is trying so much 😂😂 He actually was pretty good

What the heck Ashton hahaha

Shuffling along in the line, she thinks. She thinks of how this could most possibly become the best day of her life. She thinks of how happy this will make her, throughout all the dark times she’d been going through. Looking at the fading cuts on her wrists, she beams inside. Excited screams erupt; she knows they’re coming out now. She stands there for a moment, the scene processing in her head. Peering over all of the heads in front of her, she sees her four superheroes. They’re so close to her it almost doesn’t seem real. She can see the deep red and black hair of the one called Michael, the black as night lip piercing of the ecstatic one called Luke, the one called Ashton who had a smile equivalent to a thousand suns and cavernous dimples, and the loving brown eyes of the one called Calum. As they make their way onto the stage, the line begins to move. “This is it”, she thinks to herself. She was finally going to meet her idols, her favorite band, her mentors, her everything. A group of eager girls are the first to meet them, cupping their hands over their mouths to prevent themselves from getting too emotional. She sees that most everyone is with at least one other person, but she’s not. She’s been alone her whole life, why change now? Minutes pass, and her turn soon comes around. They’re right in front of her now with bright faces, waiting for her to approach. She stands in front of them, too emotional to do anything. Her mouth doesn’t speak, but her eyes do. They tell the story of a girl who had felt inferior all her life, until a band called 5 Seconds of Summer came along and helped her get up whenever she fell. The four boys began to embrace her as tears stain her face, and the one called Calum sees her faded wrists, holds them and says, “Don’t ever do that again, okay?” She nods and pulls together long enough to say, “You guys saved my life.” As the boys and she pull away, she looks up to see all four of them wiping away their tears, a mix of sadness and happiness. She didn’t even need to tell them her story; her actions spoke louder than words. The one called Luke steps forward and says, “You’re beautiful and you should know that. We’re here for you. Always.” The feeling of hearing that meant the world to her, more than anyone would ever know. Security was coming over now, telling the group that they had to move on to the next group of fans. She didn’t mind, the few minutes she had just spent with them would satisfy her for the rest of her life. With one more extensive embrace, she breaks away from the group as they say their goodbyes and for the first time in her life, she feels whole again. As she walks away, a joyful smile forms on her face, something that she hadn’t been able to do in a while. Although 5 Seconds of Summer met hundreds of fans each day, they would remember her and this day, so would she. The group and she both knew that real bands save fans, and real fans save bands.

it would be massively helpful if anyone who reads this shares it on facebook, tumblr, instagram, basically anywhere you'd like. my main goal is to get other people in the 5SOS fam to read this and see how they can relate, along w/ it being great if 5SOS saw it. thanks to anyone who took the time to read all this :) x

5 Seconds of Summer — Spilling the Quarant...

5 Seconds of Summer — She Looks So Perfect...